In our previous article, Rights and Responsibilities, Constitutional lessons from the Tracy Morgan / Wal-Mart tragedy, we discussed the importance of a driver at an accident scene understanding their right to remain silent.

We received some very insightful comments from our readers; enough so that we have decided to turn it into a series.

One comment in particular came from a veteran safety professional with decades worth of experience both behind the wheel and behind the desk.  This person wrote:

“…this driver called someone when it happened, drivers are told to call in in an accident and I believe it probably happened here too.  Whoever took that call did a terrible job of composing the driver and preparing him for the interrogation that was to follow; once again management failed too.”

The reader implies that it is someone’s job back at the office to lead this person through a very stressful situation using only their wits and the sound of their voice. 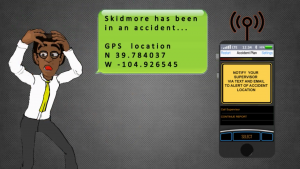 While that seems like a very tall order, it is common practice.  The expectation is that there will be someone calm and competent on the other end of the line to guide him or her through the accident response process.  That person might be a seasoned safety professional; or it might be the night dispatcher with only two weeks on the job.

But here is the inherent flaw in the system.

Truck accidents are very stressful.  Even a minor, non-preventable fender bender is likely to produce an emotional response in your driver, and quite likely in any other parties.  In the case of Kevin Roper and the Tracy Morgan tragedy, that response was undoubtedly amplified many times over by the severity of the situation and the notoriety of the participants.

In times of stress the primitive portion of our brain takes charge of human behavior.  We switch into survival mode.  Fight, flight or freeze mechanisms take over.  Logic and reason circuits take a back seat.

In those moments your driver is worried about his or her survival and not about the long-term consequences of their actions.

And things may not be any better for the person back at the office, or even worse in the middle of the night at home, trying to “compose” the driver under stress.  Calming someone who is under great stress is a highly developed skill.  A seasoned safety professional may have the experience and demeanor to talk someone through the chaos.  But it is not a talent that is typically found in your average night dispatcher or claims processor.  Nor is it a skill that is regularly taught during employee orientation.  Just telling someone to calm down most often produces the opposite effect. 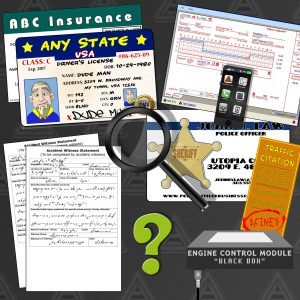 Furthermore, any incident is also a stressful situation for the safety professional answering the call. At the very least, that person is facing an increased workload cleaning up the details of the claim.  At the worst, any emergency situation is chaotic and therefore capable of spiraling out of control.  That person may be hundreds of miles away and trying to maintain control with limited information and even less contact.

What you often wind up with is one stressed out person trying to provide a sense of calm to another stressed out person while simultaneously trying to learn, piece by piece, enough information to make some kind of informed decision in an attempt to gain control over a very chaotic and potentially risky situation.

Once again, we may never know what happened in the Kevin Roper / Tracy Morgan situation, but there is enough evidence to suggest that Mr. Roper was ill prepared to cope with the situation he had created. 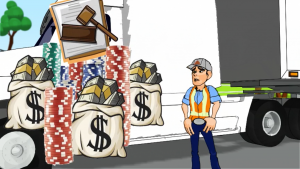 It is also reasonable to presume that the Wal-Mart risk management team, after having paid out many millions in damages, would have been hoping for a different outcome as well.

So what is the remedy?  How do we empower our people, who are undoubtedly under considerable stress, to quell the primitive animal brain and engage the logical thinking structures of the cerebral cortex toward an effective course of action?

Those who regularly work in high stress situations will tell you that the antidote for emotional paralysis in stressful situations is to rely on training and the strict adherence to a clearly defined emergency procedure.

Law enforcement, fire and rescue, military services, medical fields and aviation are all examples of how following a well-planned and deeply ingrained protocol provides an object of focus for those operating under stressful conditions.

Procedures are created in order to engage the person into action instead of allowing someone to descend into a state of emotional aggression, escape or paralysis.

Clients of AccidentPlan understand this.  Their drivers are trained in advance and have the opportunity to rehearse the scenario repeatedly so they can be mentally prepared for the possibility of being in an accident. And, in a time of stress, they easily access the app on their device and follow the simple, step by step protocols to gather and retain all relevant information including geo-location, photos, interviews, and much, much more.

Nobody starts their day thinking that they will get into a crash. Certainly Kevin Roper did not and neither did Tracy Morgan.  But when that unfortunate moment does occur, make sure your drivers are road ready.

Full subscriptions are pennies per day. Schedule a demo today.